How to import Google Docs in Notion 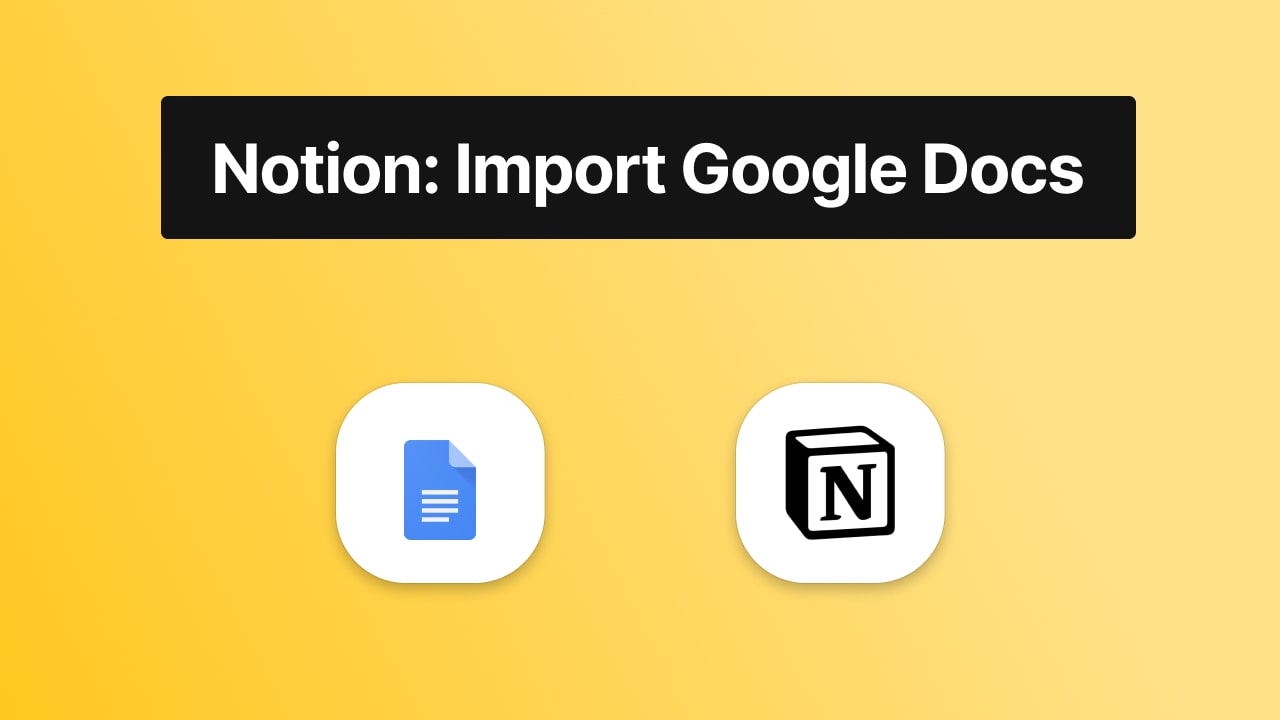 Google's Docs app is great, and so is Notion.

If you want to import your work from Google Docs into Notion, the let us tell you that you can do that.

Notion thought of this, hence why they have an "Import" function which specifically allows you to import Google Docs into your Notion workspaces.

Why import Google Docs into Notion?

Automatically importing Google Docs into Notion is way faster than manually copying and pasting your content.

How to import Google Docs in Notion

The first step is going to take place outside of Notion.

At this step, you just have to be sure that you have a .doc or a .docx document in your device. We're going to use it at the later steps.

As an example for this guide, we went into our mock Google Docs document and we've saved it as .docx - we've shown that in the image above.

Now that we've downloaded our document, let's head to Notion.

Within your workspace, in the left side of the screen, you're going to see the "Import" section. Click the "Import" button.

Once you've clicked on "Import", you should see a pop-up with many options on the screen.

Out of all the options, we want to select the "Google Docs" button.

After clicking on the "Google Docs" importing button, you should get the option to search in your computer for your Google Docs document.

Find your desired document and hit "Open" so that you'd import it in Notion.

Now, the job is 100% done! Below you can see how Notion created a whole new page for us.

This page contains our content that was just imported from Google Docs.

Can you insert PDF files in Notion?

Yes, with the help of the PDF block, you can easily add any PDF file in Notion. The file size limit for the Free Plan users is 5MB. With Notion's PRO Plan, you can upload PDFs that weight over 5MB.

If you liked reading this guide, be sure to have a look at our other guides on how to use Notion. We do our best to explain to you guys everything there is to know about Notion.