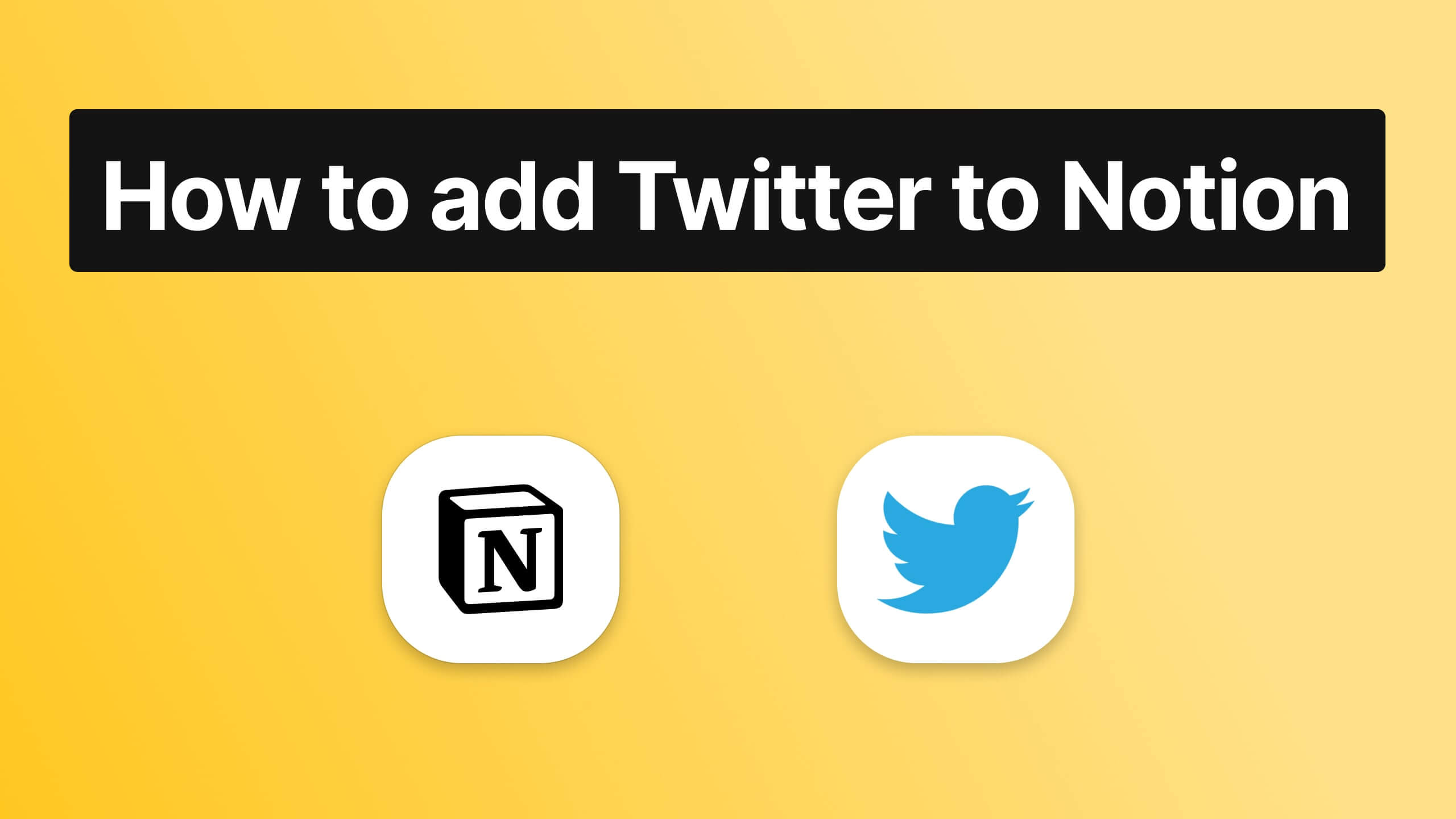 If you're a Notion user, then you're most likely into Twitter as well. Ever thought of having your favourite tweets in your Notion pages?

We're happy to tell you that this is possible. You can add all of the tweets in the world right inside your favourite Notion page.

The process is really easy - it's just some copy and paste work. Without any further ado, let's get to it!

The advantage of adding Twitter in Notion is that you can keep them as your bookmarks, and moreover, they looks really nice inside Notion. It's pretty hard making something look bad in Notion!

That aside, if you share your page(s) with other people, you can show them your favourite tweets without having to forward them outside of Notion.

It's basically keeping your users in one place, and that is your Notion page.

How to add tweets to Notion?

As said before, all you have to do is just copy and paste a URL. Let's get to it!

The first step takes place in Twitter. As an example, we took Apple's twitter within this guide.

We went ahead on Apple's twitter and we've copied one of their posts.

To make sure that you always copy the correct tweet's link, make sure to hit the "Share" button (next to "Like"), and copy the link to the tweet.

2. Paste it in Notion

This is the step where we actually proceed to embedding tweets in Notion.

Moving to Notion, we first have to paste the tweet's link that we've just copied at the first step.

Now that we've got the link pasted, what's left is just hitting the "Embed Tweet" button.

That looks pretty and minimalistic. As said before, it's pretty hard to make a block look ugly in Notion.

Hey, did you notice? That was the process, and now you've successfully added a tweet in your Notion page.

Can you add tweets to a Notion page?

Yes, you can add all sorts of tweets to Notion. Regardless of the size of the tweet or whether it has media attached to it, the good news is that Notion lets you upload any tweet.

With the help embedding, every tweet can be linked in Notion.

Enjoyed reading this guide? Have a look at our guides on how to use Notion to see what else you can do to get the most out of your favourite no-code tool, and how to use it smartly with lots of widgets.