How to fix "Rate limit reached" errors in Notion 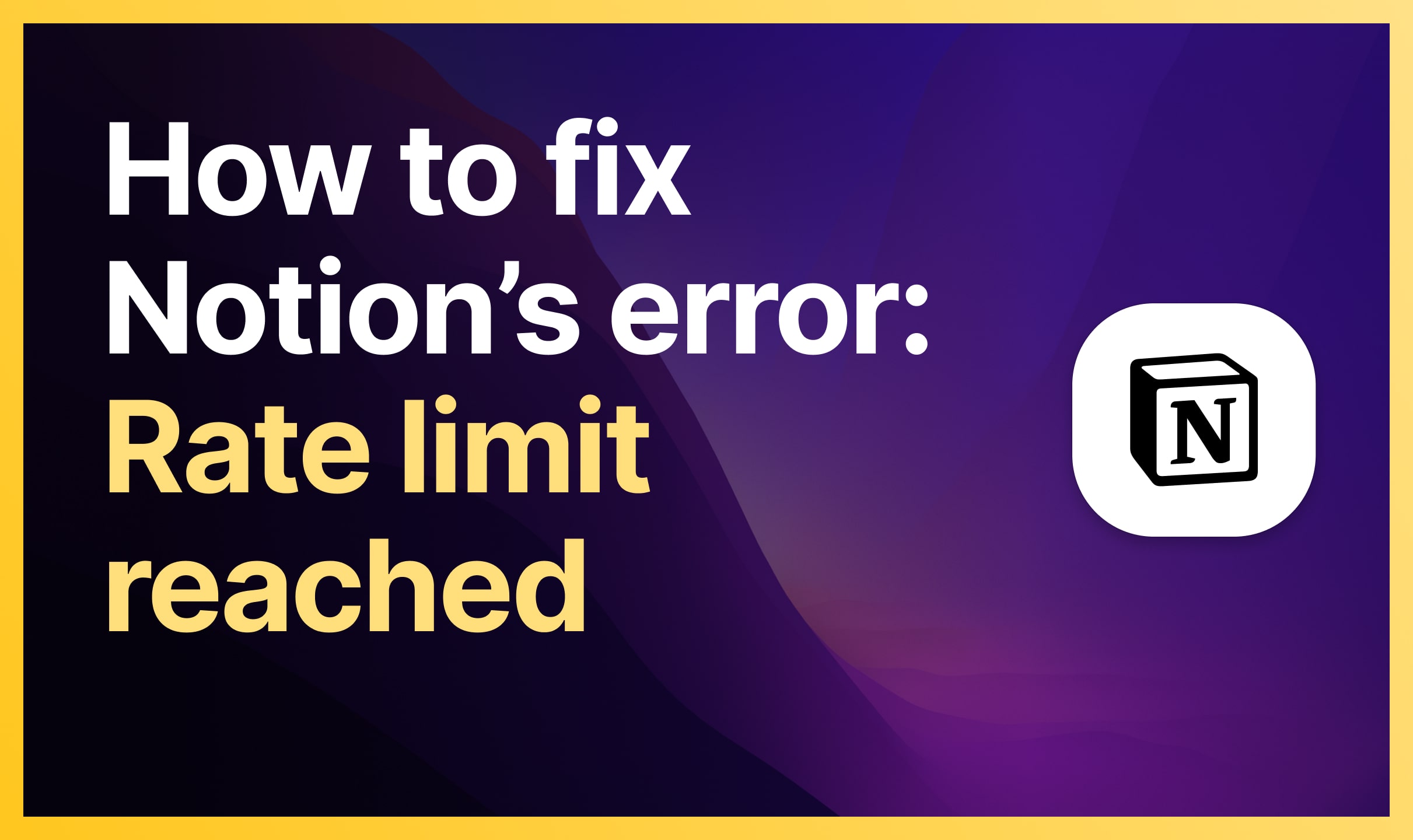 If you've been using Notion for a while now and you've just bumped into an error saying that you've reached the rate limit and you're not sure what that means, we're here to help.

Sad to say, there's really no way to fix Notion's rate limit reached error, as it's all about waiting. Let's see what all of this really means.

What is a Notion rate limit?

Rate limits are often seen in Notion and they symbolise the amount of times that something can be done.

In most of the cases, a rate limit has a deadline of 1 hour.

To repair Notion's rate limit reached error pop-up, you simply have to wait and try duplicating the block or template again. Sadly, there's nothing else that you can do about it.

What does "Rate limit reached" mean in Notion?

Notion's rate limit is often reached when it comes to duplicating blocks and templates. In this case, the rate limit refers to the block/template being duplicate for enough times to reach Notion's API limit.

In Notion, a block and/or a template can be duplicated 20.000 times per hour. This doesn't mean that you can duplicate that 20k times per hour, as the 20 grand refers to all of Notion's users worldwide.

We hope that this guide was of any use. If you want to see other Notion tutorials, make sure to browse our library of guides.