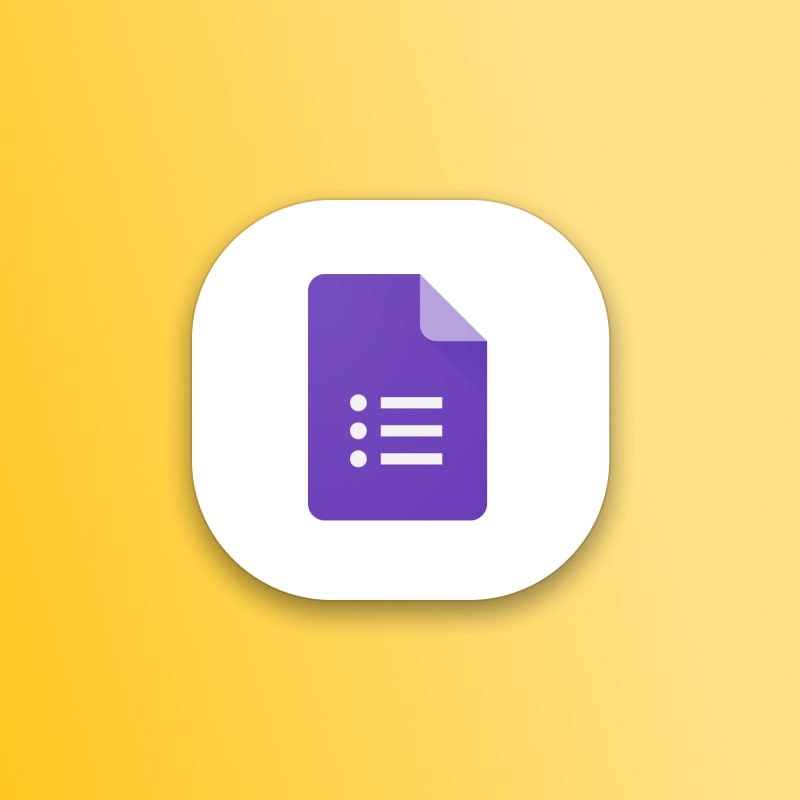 Within this guide, we're going to teach you two things: embedding forms in Notion and integrating Forms in Notion in order to see the answers, with the help of Automate.

We all love Google Forms and Notion. They're both no-code tools that we've been using for a long time. With the help of these two, you can create lots of clean, minimalistic documents.

You know what's great? The fact that you can integrate Google Forms in Notion.

This guide's purpose is teaching you how to integrate Google Forms into Notion. The job is really easy and it requires to just copy & paste. Let's check it out!

Hey, did you know that we also build Notion forms? Click on the highlighted text to read more about how and why you should build a Notion form.

Why embed Google Forms in Notion?

Because there's no need to stress with simulating forms in Notion anymore - now you can actually drop your Google Forms, as they are, in Notion.

If Google Forms is not for you, then have a look at our guide on how to embed any Typeform in Notion.

Do I need coding to embed in Notion?

No, not at all. The only coding-related activity is just copying a line of HTML from Google Forms and pasting it in Notion.

At Simple.ink, everything we do is code-free for you. No need to know anything about coding!

Embedding in Notion is really simple. In over 90% of the times, you don't have to code. Have a look at our guide on how to embed anything in Notion to see how easy that is.

How to embed Google Forms in Notion

It's really easy integrating Google Forms in Notion. Let's see the steps to do that!

For the first step, you'll actually have to go to the Google Form that you want to show in Notion.

Once you're on the page with the Google Form, hit the "Send" button in the top-right corner of the page.

Once you've clicked the "Send" button, you should see a pop-up with options to share your Google Form.

In order to integrate Google Forms in Notion, we want to select the icon with the coding brackets that look like so: "< >".

Once you've clicked on the icon with the brackets, you'll see the "Embed HTM" heading. Copy the line of text below the heading.

You can either click on the line of text and it'll automatically copy to your clipboard, or you can just click the "Copy" button in the bottom-right corner of the pop-up. Both options work just fine!

Now that we have the embeddable code of the Google Form copied in our clipboard, let's open up a page in Notion.

As soon as you're in Notion, make an "Embed" block. To do that, either type "/embed" or type just "/" and scroll all the way down to the "Embed" block.

Click on the "Embed" section in order to add one of those blocks.

Now that you've made the "Embed" block, let's paste the Google Form's like that we've copied at the second step of this guide.

Hit the "Embed link" in order to integrate the Google Form in Notion.

Here's what you're going to see after clicking that button.

The job's done and your Notion page's visitors can successfully fill in the Google Form. Congrats!

How to get Google Forms answers in Notion

To get the answers of your Google Forms within your Notion database, you have to use Automate (it's one of the most known integration tools).

First of all, go to this Automate page and choose the first option.

The first step is related to connecting Google Forms. Once you've logged in with your Google account, hit the "Next button".

Now you'll see a list with all of your Google accounts' Google Forms. Select your preferred form.

Here you have to configure what happens once a user responds to your Google Form.

Play around and adapt what happens when a user answers to you form according to your preferences. Once you're done, hit the "Next" button.

After you've finished configuring your bot, you now have to test it. You can choose to test it using live data or using sample data.

For this example, we chose using sample data.

Though, feel free to chose whichever option you like best. Let's see what it's looking like now.

Here's the result! Turns out that the bot works just fine.

Upon going to your Notion page that was selected for the answers to go to, you shall now see the answers.

The newest responses in your Google Form will now be transferred into Notion automatically. How cool is that?

Can you integrate Google Forms in Notion?

Yes, by copying and pasting the Google Form's embed link in Notion. The job's really easy and it should take no longer than just 5 minutes.

Hopefully, this guide was helpful to you and you learnt something new today. If you want to see more about Notion and Forms, have a look at our Notion Form builder.

If you have any question on how to use Notion and Google Forms, be sure to contact us via live chat. Click on the blue bubble in the bottom-right corner of this page to get connected with one of our live agents.

If you want to learn more about Notion, check out our library of guides on how to use Notion.