Home
/
Guides
/
How to add Notion Cover Images (GIFs too)

How to add Notion Cover Images (GIFs too) 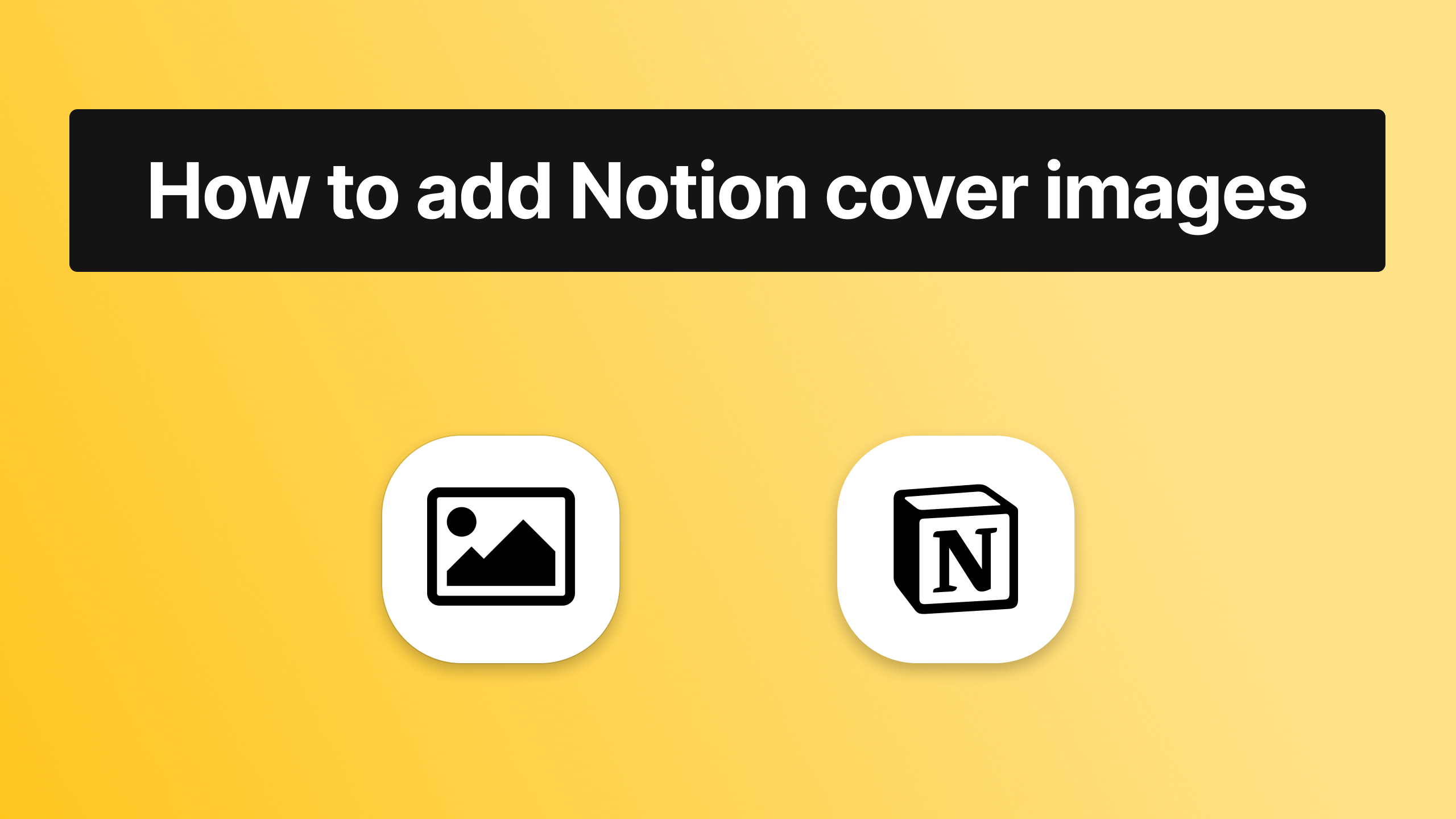 If you want to add a cover to your Notion page but you're not sure how to do that, don't worry - we'll now show you everything about adding a banner in any notion page.

The process is really easy, so there's no need to panic or anything like that. All you have to do is just click a few buttons. If you'd like to see how to add icons in Notion, make sure to check out our guide dedicated to that.

How to add cover images in Notion

To add cover pictures in Notion, you need to click the "Add cover" button right above the title of your page. Then, feel free to select your favourite image.

First things first, you want to move your cursor above the title. There, you'll see the "Add cover" button, and you have to click that.

In the image above, you can see the button that you have to press. Keep in mind that the button won't be displayed unless you move the cursor above the title, where the button is located.

After clicking that button, you'll observe how Notion automatically adds a cover from their library. Before moving the cover, you should know that Notion allows you to move it only up and down.

To do so, move the cursor on the cover picture and you'll see how two buttons pop up: "Change cover" and "Reposition".

Now, to change the position of the cover pictures, you have to click the "Reposition" button and then drag up the picture and down until you find the right position for the cover.

How to remove the cover image in Notion

To remove a cover picture in Notion, you have to go to the Notion page and move the cursor above the cover image. Then, click "Change cover" and select "Remove" in the top-right corner of the pop-up.

In the image above, you can see the button that you have to click in order to delete the cover picture in Notion.

Adding an animated cover picture in Notion is 100% the same as uploading a normal image as your Notion page's cover.

First of all, you need to find the cover GIF that you want to add in Notion. For this tutorial, we're not going to upload a local file from our device, as we're going to upload something from over the internet.

So, for this tutorial, we've chosen one of Giphy's GIFs. If you'd like to add Giphy widgets in Notion but you're not sure how to do that, make sure to check out the Giphy integration tutorial that we provide.

2. Upload the GIF in Notion

Next up, you want to go to the Notion page where you want to add the GIF cover image, and select "Add cover". Now, there are two different scenarios:

For this tutorial, we chose to upload a GIF from over the internet, so we chose the second option.

And then, here's the result:

Look at that! A customised GIF added as the cover image in Notion. So cool, right? And the best part is that it was easy adding this cover picture in Notion.

Thanks for reading this tutorial! For more like this, make sure to check out the library of Notion tutorials where we give lots of tips on how to use Notion.